Paul is our principle Veterinary Surgeon.

Paul qualified at Liverpool Vet School, with honours in small animal practice, and was awarded the 'Small Animal Practice Special Award' for his year group!   Following graduation he followed his passion for small animal practice and left behind the equine and farm work.  He gained an internship at Edinburgh University.  This is a post qualification training programme where he spent time in an animal hospital, working alongside Veterinary specialists of different fields including medicine, surgery, radiology, anaesthesia and general practice.  On completion of his internship he gained a post as a Vet at a charity based pet hospital.  After gaining experience in emergency care at Vets Now, Preston, he came to work for Andy in Longridge and has never looked back!

In April 2014, Paul and his wife Jill, purchased the Practice off Andy.  They are excited to take on the challenge and continue to run this well established, popular Practice as it has been for many years.

Paul loves everything small animal, and enjoys meeting lots of interesting pets and owners.  His real passion lies in the operating theatre, and he has gained a GP Certificate in Small Animal Surgery.  He is commited to providing the best current care that your pet can have.

Outside of the surgery you’ll find Paul swinging his golf clubs, or going for walks with his young family, which includes a rather energetic Labrador cross Cavi called Sid.

Growing up in Goosnargh, and then Pilling, Nigel has always been local to the area. He first came to our practice at the age of 6, a visit which ignited a desire to become a veterinary surgeon.  He began to regularly see practice with Andy Hutcheson from the age of 14 until he commenced his veterinary studies at the University of Liverpool.  Prior to university he worked during weekends as a groom at World Horse Welfare Penny Farm in Blackpool, rehabilitating rescued horses.

He graduated with distinction in 2013, and began his first job at a local practice as a vet.  There he attended to farm animals, horses and all manner of pets.  After two years, he decided to concentrate on small animals practice, and spent 18 months as a locum vet.  During this time he worked some Saturdays and helped cover Paul and Andrea’s holiday leave.

We were delighted when Nigel agreed to join our team in October 2016.  Nigel enjoys small animal practice, and particularly the surgical aspect.  He has embraced joining our team, is always keen to learn new techniques and skills.  He also has a real passion for animal welfare.

Aside from being a vet, he has also spent time working for his family’s electrical contracting company and was a qualified electrician, which is very handy for maintenance around the practice!  He also has a labrador and a cocker spaniel to keep him busy!

Bruce supports Paul and his team by helping out to cover some Saturday mornings, training days and holidays. Our small team of vets means that our clients are able to form relationships with them, and vice versa.

Having joined the practice 13 years ago, Anna is a familiar face to most of our clients. Not only is Anna regularly on reception and in theatre, you can also find her participating in nurse clinics and is an excellent, experienced handler of our more "feisty" friends. Anna's other resposibilities include accounts and insurance. When not at work she is often found walking the fells with her "family" of canine friends.

Jen is a local lass who has been in the veterinary industry for over 30 years. Having joined the practice 20 years ago, Jen has seen many changes in our profession, but her experience and enthusiasm for the job are still very evident. Jen has many roles in the clinic but especially enjoys reception and always has time for giving you advice and information about all aspects of pet care. In her spare time she loves walking and spending time with friends and is often seen out and about with her sisters little dog, Meg!

Gemma joined the practice in 2015, having worked with Andrea at a previous job, the dream team was reunited when she agreed to join us. Gemma enjoys all aspects of work at the surgery, but especially enjoys helping with tricky cases, and the satisfaction of nursing our more unfortunate patients back to health. At home she has a young family, a cross breed dog called Sooty, with a "face only a mother could love" , and a Lionhead rabbit called Stewi.

Amy started working for the practice soon after Paul took over in 2014. They had met through Amys work as an animal care assistant at the local branch of the RSPCA, where she developed a real talent for working with nervous animals. Outside of work she has two dogs, three cats and a young family to keep her occupied!

Clare joined the team in 2018 team. She was brought up locally, living in Goosnargh for most of her life, except for a brief period when she defected to Yorkshire, thankfully she has come back across the border to join us. In her spare time she shows dogs, and she has a young son.

Sue join us in 2019, having previously worked at a practice in Preston. She has worked with animals all her life, growing up on a farm and also having spent many years owning and running a local kennels.

Vanessa has worked with animals for 25 years, including managing the RSPCA and looking after a very wide range of animals at Myerscough College. She is passionate about animals and has brought a wealth of knowledge and experience to the practice.

Caroline works for us on Saturdays and covering other staff holidays during the week. 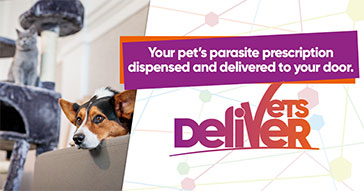